Benevolent societies (also known as mutual aid organizations) were organizations created in the late 1700’s to help free and enslaved Africans cope with financial hardships due to illness by providing proper burials for family members. This resilient population used the ancestral practices rooted in their African heritage to create communal groups with a strong social function. Many scholars have traced these roots to the Senegambia and Congo regions of West Africa where benevolent societies were also important in providing a sense of stability and unity to the community.

As early as the 1780’s benevolent societies were formed by free and enslaved blacks of New Orleans.  Evolving from African community and tribal practices, these social organizations were even more crucial for African American survival in the New World.  Members relied on one another for assistance through hard times, illness, and ensured proper burials at death.

These benevolent societies and social groups also serve to continue the expression of African cultures, traditions and forms of ceremony, dance music and celebration that evolved from the practices and rituals of Africa which arrived into Congo Square, the only place in America where free and enslaved people of color were allowed to express their culture. 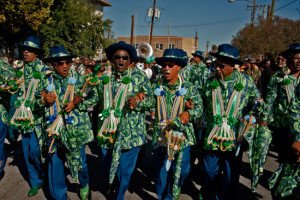 Our ethnicity has it’s own rhythm. 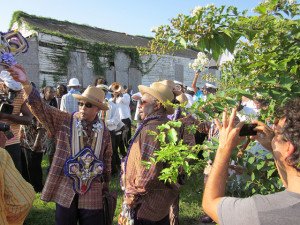 In New Orleans, the French government’s approach to slavery was much different than in the rest of the United States. The French applied a more lax approach to slavery, allowing people of color to congregate on Sunday afternoons at Place de Congo (Congo Square). This was a gathering place, similar to a market place, located outside of the New Orleans’ city limits. The French inadvertently created the perfect environment for people of color to share and preserve their tradition of drums, dance, songs, food and folklore from their homeland.

Post-Katrina, the number of active benevolent societies were greatly reduced, but the remaining clubs continue to carry on the traditions. Each club creates a parade, which expresses their identity through dress, dance and music. The role of the benevolent society has changed over time, but they still provide support to their members and their community.

Benevolent societies not only provide financial support and a sense of community, they are a living testament to the cultures, traditions and ceremony that originated with their African ancestors.